A Thought-Piece on The Great Gatsby

I would like you to spend some time constructing a reflective piece on Fitzgerald's The Great Gatsby. Please do not feel threatened by the assignment. The purpose of this is to guage your response to a novel rich with imagery, theme, conflict, and symbol.

Really, what I want to know is whether or not this resonated at all with your own experience of life up to this point. Or, in reading it, what does it inspire you to say about society, about life, about relationships? What's your take? Philosophize, theorize, vent--just do it with some formality and dignity.

Below is my own reaction, mixing some literary analysis with social critique and personal response.

Br. Rob Peach
Br. Rob Peach
ENG 320 Section 2
17 April 2007
Reaction Sheet, re: The Great Gatsby
A Search for the Soul in Gatsby's Shadow
I remember reading The Great Gatsby for the first time just before my junior year of high school, I believe. It was one of the more interesting reads assigned for the summer. Its deeply nostalgic undercurrent of melancholy was meaningful then, though I did not have the words to describe the novel as such. Now, having had some experience in the world of interpersonal relationships and a society that still hankers for pleasure and the blind pursuit of material wealth, the novel resonates with my life more profoundly.

I think we've all been there--that place of loneliness, longing, and searching into which we peer in the eyes of such characters as Daisy, Gatsby, and Nick. The question for all of us, including the characters involved in a complex network of relationships, is not so much "What do I want out of life?" but "How will I answer and respond to my own emptiness?" For Gatsby, it is not necessarily about getting what he desires as it is about filling the void of his lover's absence. For Nick, his move to West Egg is fueled by the desire to appease his restlessness after taking part in the First World War. Unfortunately, both of these men find an answer to their longing in superficialities, mechanincally maneuvering their way into a society crowded with unfamiliar faces and bookshelves of unread materials.

In an instance of irony providing us with a foreshadowy sense of false hope and, as we realize by the end of the novel, an unrealizable ideal, Nick claims, "And so with the sunshine and the great bursts of leaves growing on the trees, just as things grow in fast movies, I had that familiar conviction that life was beginning over again with the summer" (4). Certainly there is some potential for personal growth, and perhaps Nick ultimately does recognize his role as the one, faithful friend that Gatsby has (or had). Yet even still, Nick goes about buying into the one lifestyle that he scorned and which Gatsby, in his frivolity, represents: senseless hedonism. We should keep in mind, too, that Daisy and the rest are no less guilty of living such an illusion which is magnified by lies, deceit, and undisclosed secrets of the past.

And so the future seemingly offers no hope for change in a world deadened like the ashy wasteland that leads into the city. Like the eyes of the distant observer, Dr. T. J. Eckleberg, this land is empty. It is devoid of meaning, and even where there is a glimpse of hope, as with the green light blinking at the edge of Daisy's dock, jealousy seems all the world has to offer.

Thus the question becomes, "How will you fill the void?" We can easily fill our life with distractions; I cannot plead innocent in this matter myself. But with some honesty and a healthy dose of self-awareness, we certianly have greater possibility in finding that one thing that Gatsby and his cohorts are lacking: a soul. Whether they know it or not, the characters in Fitzgerald's masterpiece are searching for exactly that. Unfortunately, they never seem to find it, their vision obscured in the shadows of an illusion that leads backwards despite the promise of the future. In the end it is as Nick suggests when he says, "So we beat on, boats against the current, borne back ceaselessy into the past" (180).
Posted by Rob Peach at 9:42 AM 13 comments: 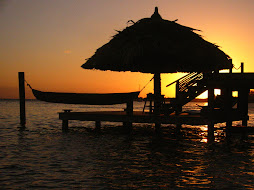